Posted on: October 8th, 2020 by Lynnfield Dental Associates No Comments 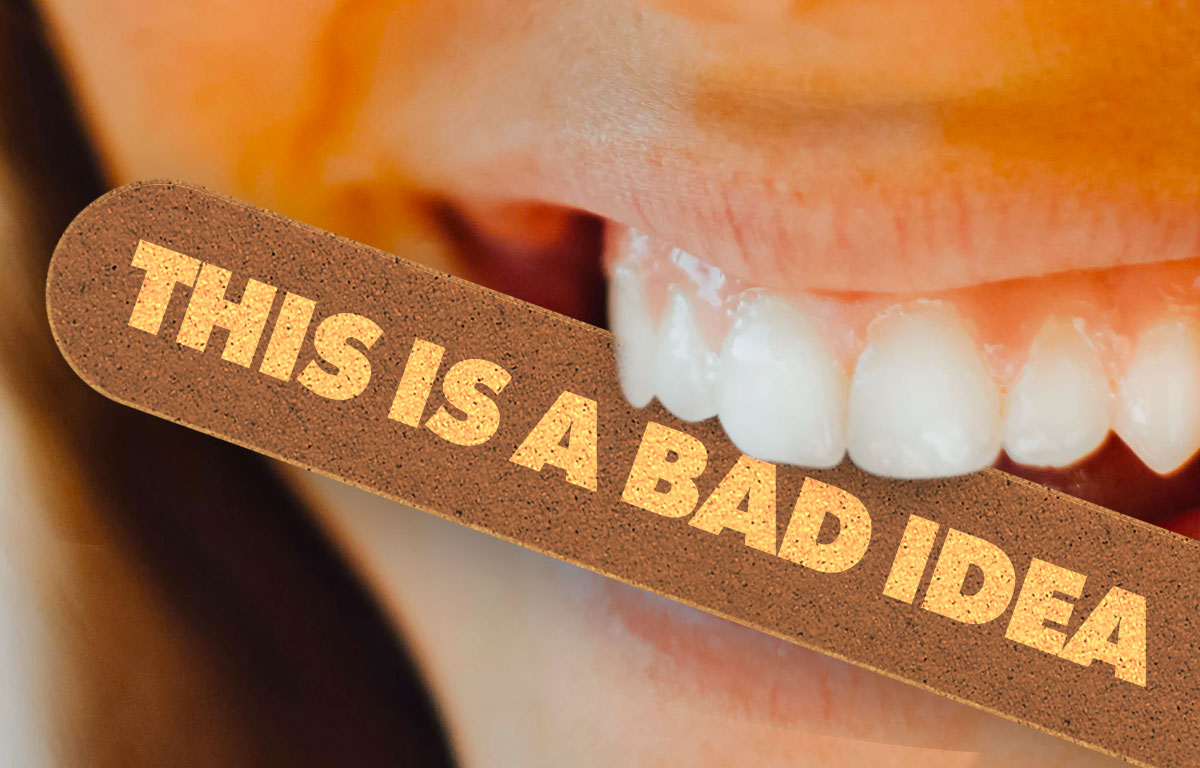 We’ve seen a disturbing trend on TikTok where people, mostly teens, have been filing down their front teeth in order to make them ‘even’ or ‘straight’. We can’t believe we have to say this, but please don’t do it. We can’t stress enough just how bad this is, but let’s discuss the gruesome details of what you’re actually doing to your mouth.

First let’s talk about the trauma you’re inflicting on your teeth. If you’re lucky, you’ll get away with thinned enamel that increases the sensitivity of your teeth to hot and cold. This might not sound so bad, but when we say sensitivity, we basically mean the pain of a severe brain freeze, but in your teeth. And as we said, that’s if you’re lucky. If you’re unlucky you might actually expose a nerve and cause unimaginable pain.

The thinned enamel also increases the tooth’s susceptibility to really bad cavities that could result in needing a root canal. The root canal treatment won’t really hurt, but the hours or days waiting to get into the dental chair will be excruciating, as anyone who’s had a root canal can attest to.

Now let’s address the myth that filing down a tooth would even make it ‘even’ or ‘straight’ to begin with. Put simply, that is not the case, the tooth will only have the appearance of being straight when in reality the tooth will now be misshapen if it were ever to be shifted into an actual straight position later on. Not only that but changing the shape of the tooth could change the way you bite down in an unexpected way that could result in other dental complications down the line.

Orthodontists spend years in training to make sure that teeth are not only straightened, but done so in a way that doesn’t cause issues at the root level or cause an uneven bite. If you want straight teeth, go to a dentist and ask about your options instead of causing major harm to your teeth.